The UTSIC project is the latest attempt to create a catalogued collection of historical scientific instruments at the University of Toronto. This effort began in 1978 when the Advisory Committee on Historic Scientific Apparatuses commissioned an extensive report on the possibility of establishing a science museum involving a systematic cataloguing of the instruments on campus. 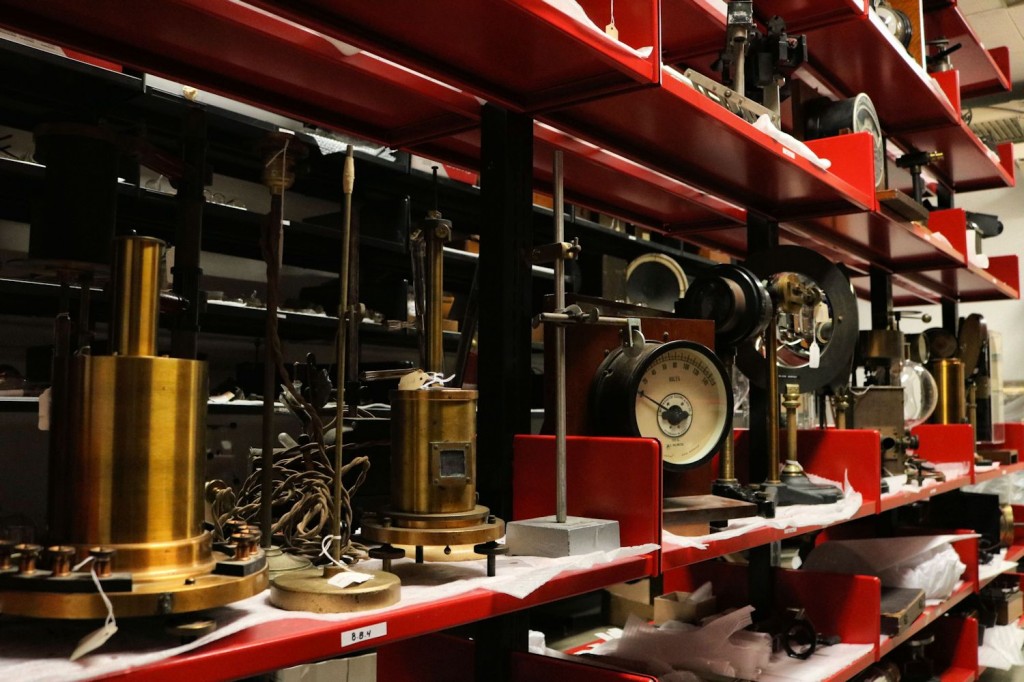 A glimpse into the Cataloguing Room, showing some of the artifacts in the Physics Collection.

The science museum did not come to pass. The catalogue was completed, though an institutional system to keep it up to date as well as to build and to safeguard the collection was not implemented. Various committees over the subsequent years fared little better. The original card catalogue, still extant, is a testament to this. Many of the instruments it identifies have since been discarded in the relentless process of expansion and renewal at the science departments.

Thanks to the efforts of a few, however, many instruments do remain. It is the goal of the UTSIC project to catalogue them, to ensure their long term storage, and to lobby for the implementation of a new program for the care of the material heritage of the scientific research at this university so that, over time, a well documented, extensive, and properly protected collection will develop.

The online catalogue is a key step in this process. It is a means to organize and track this widely dispersed collection as well as a resource for researchers working in academic disciplines such as the histories of science, material culture, and technology. It will also appeal, we hope, to a broader audience and generally raise awareness, within the university community, of the importance of preserving the material evidence of scientific research and teaching.

The UTSIC project is a largely volunteer effort on the part of graduate students and faculty at the University of Toronto. It is based at the Institute for the History and Philosophy of Science, but collaborates broadly with departments and people across the university (and beyond!) to uncover and preserve new collections, learn about and catalogue artifacts, and reach new audiences through historical, art and teaching projects.

Each Spring, UTSIC curates an exhibit–previous topics have include Toronto’s healthcare history, making at the university, and colour. 2017-2018’s exhibit, Untold Stories, uses objects from research and teaching at the university to explore the work of staff, faculty and students at U of T over 150 years. Untold Stories is free and open to the public, and can be found on the third floor of the Victoria College building at U of T’s St George Campus (open 10am-6pm daily). 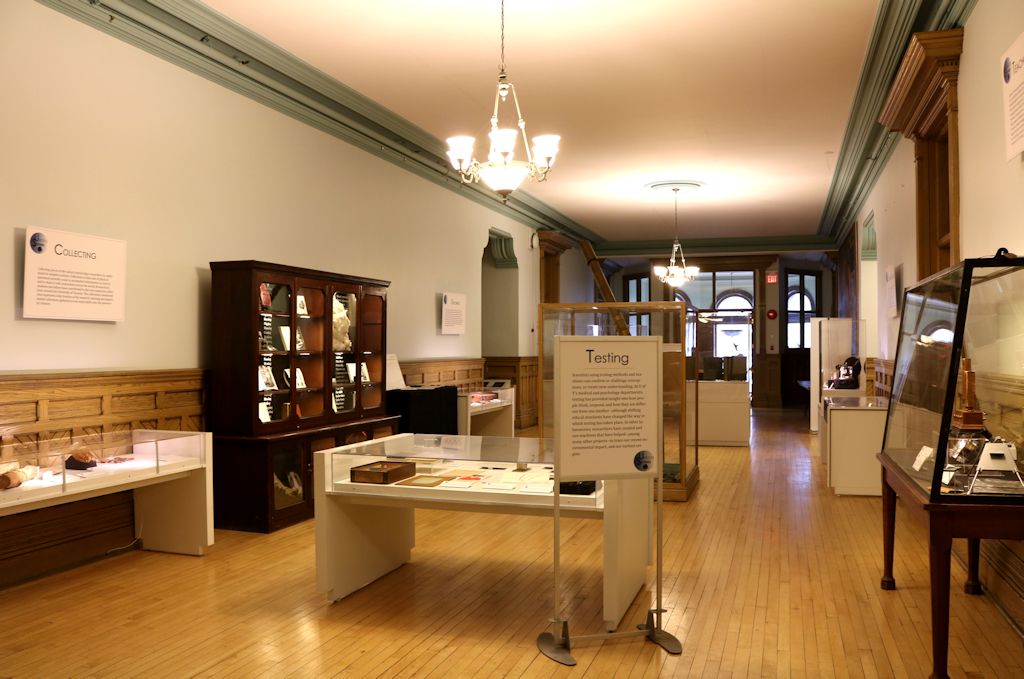