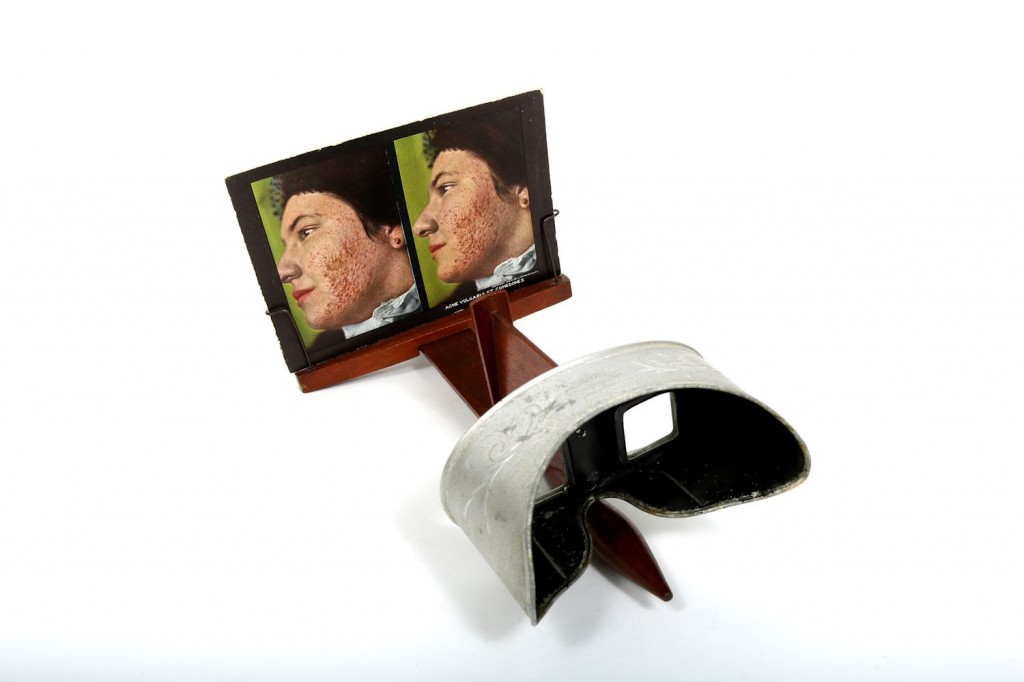 Representing an important photographic medical innovation, stereoscopes function by making two images, captured at nearly the same angle positioned adjacent to one another, appear as a single three-dimensional picture (University of Toronto, n.d.). 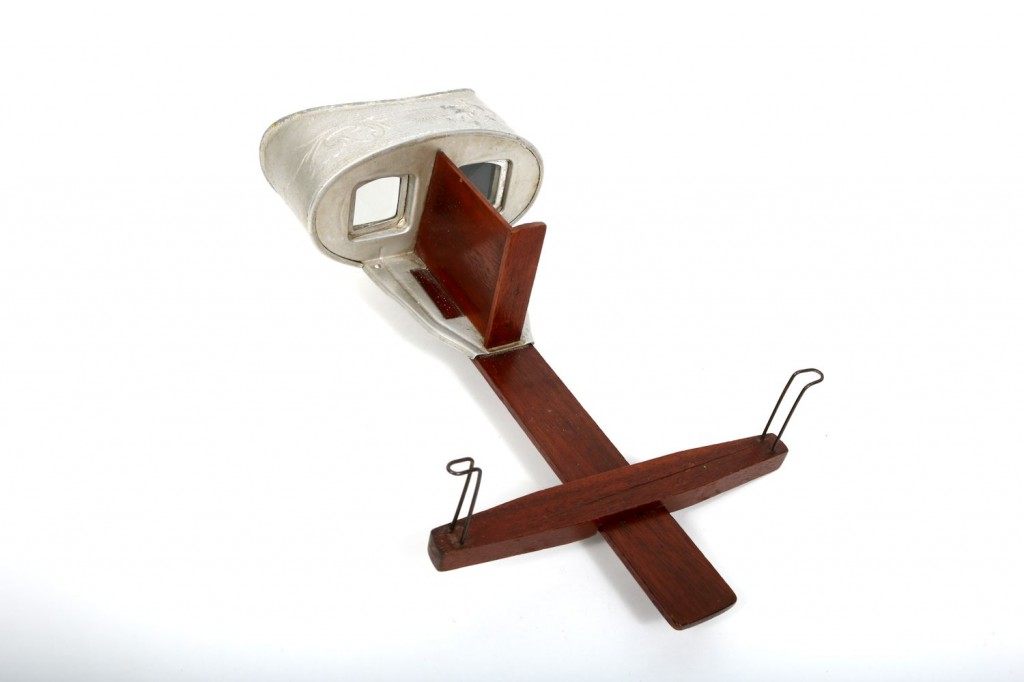 Holmes was a medical doctor and his model of the stereoscope was popularized for educational purposes (Ent n.d.).  Stereoscopes were referred to as philosophical toys and were also used for entertainment (Wade 2004).

In the early 1900s, the medical community began using stereoscopes in education (University of Buffalo Libraries, 2015).  In 1910, Dr. Seldon Irwin (S.I.) Rainforth published “The Stereoscopic Skin Clinic”.  This collection consisted of a box of cards with images of various skin diseases.   The back of each card had a description of the disease (Rainforth 1910).  These cards were used by doctors to educate medical students.  Multiple collections were produced and published on stereo cards.  For context, in 1914, a collection of images of the alimentary tract was published (University of Buffalo Libraries, 2015). 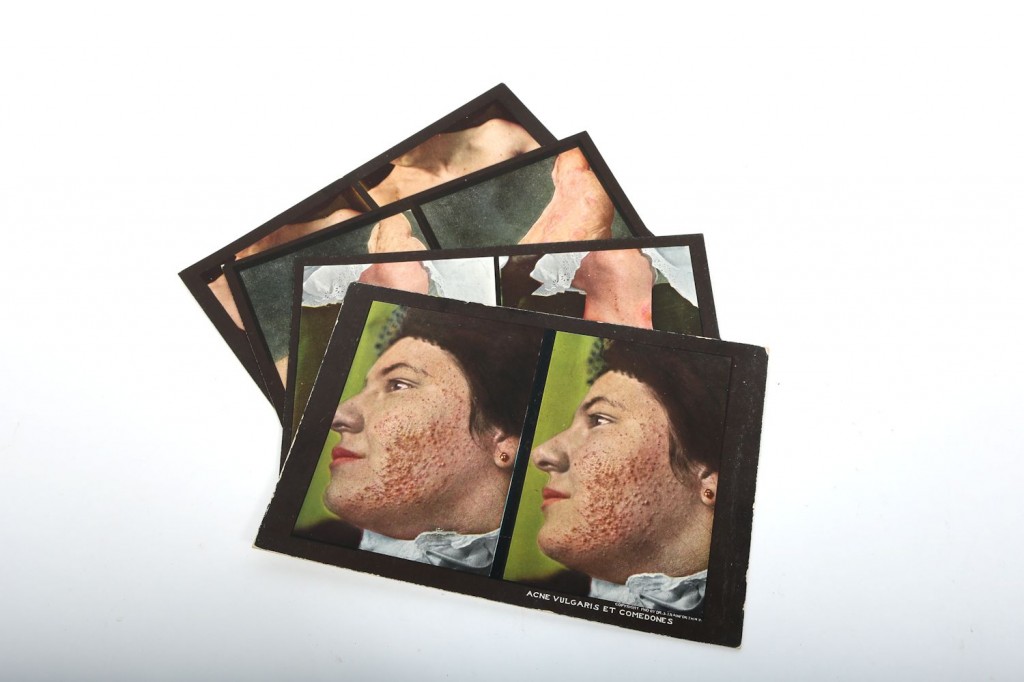 The use of stereoscopes in medicine was popular for a short time.  In the 1920s, however, their use in medicine declined rapidly until they became completely obsolete.  This was most likely due to the greater development of technological resources.  Further advancements included the view-master.  View-master was a line of stereoscopes to view three-dimensional coloured images.  As well, medical schools had greater access to cadavers, anatomical models, short clips, and moving pictures (Wade 2004).

Stereographs consisted of two side-by-side photographs of the same subject, but taken from slightly different angles that were printed and mounted on paper cards.  The cards usually included the artist/photographer and the date of publication. On the reverse there is some text explaining the dermatological condition in detail.

Dr. S.I. Rainforth, NY copyrighted the cards in 1910. This set was published by the Medical Art Publishing Company. 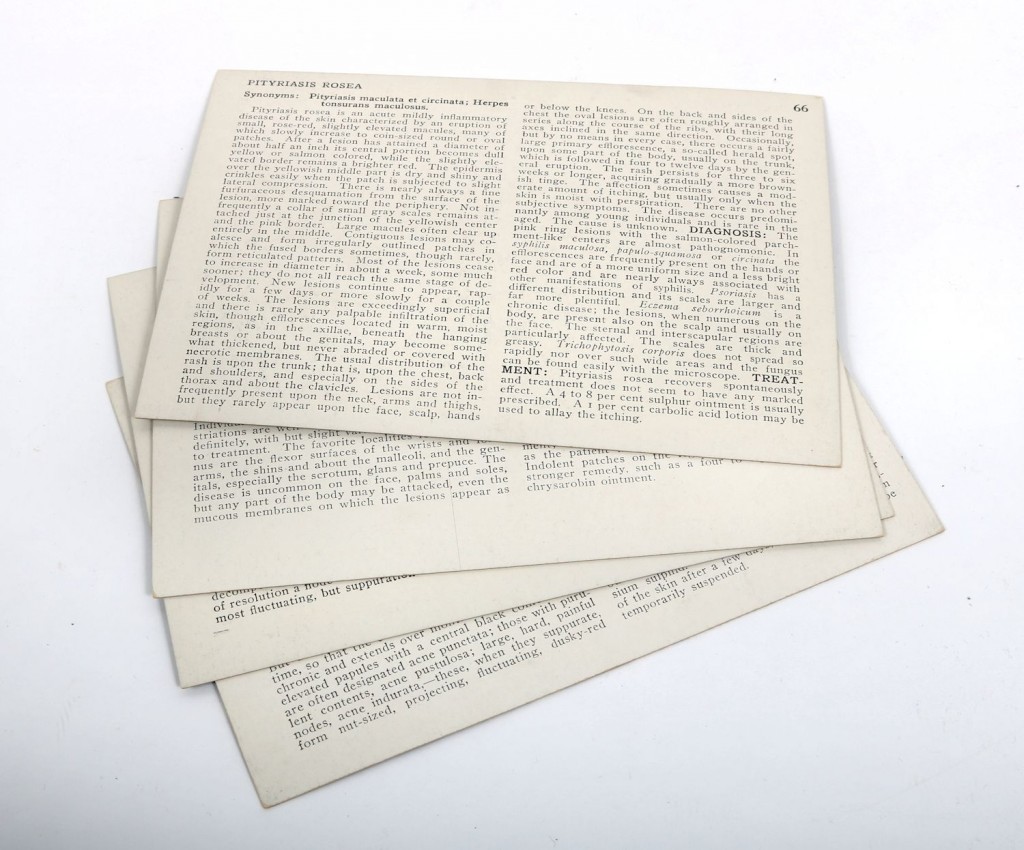 Rainforth, S.I. “The stereoscopic skin clinic: an atlas of diseases of the skin, consisting of coloured stereoscopic illustrations and a text in the form of clinical lectures, designed for the use of practitioners and students of medicine” (New York: 1910).

University of Buffalo Libraries, “The Stereoscope: 3D for the 19th Century” (Buffalo, 2015).

Brewster, D. “The Stereoscope; Its History, Theory and Construction, with its Application to the Fine and Useful Arts of Education” (London: 1856).

Shorter, E. “Partnership for excellence: medicine at the University of Toronto and academic hospitals” (Toronto: 2013).