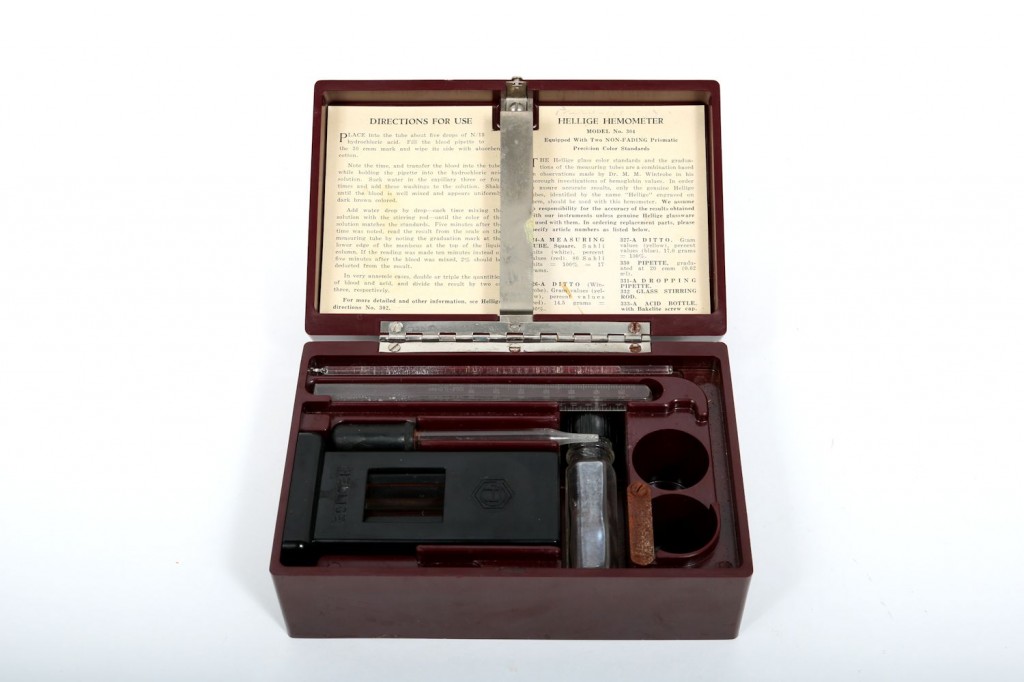 The Hellige hemometer was a medical apparatus developed in the early 20th century. The method was based on Dr. M.M. Wintrobe’s experiments estimating hemoglobin values.  Wintrobe published many influential books on clinical hematology. The Hellige Hemometer is a very distinct instrument. The object is contained within a finely crafted red plastic box which also includes a user manual that provides procedural instructions as well as some historical background pertaining to the object. This enables the user to understand how to use the hemometer and also appreciate its historical significance. Advancements in science and technology have vastly improved the way medical procedures are performed. In the 21st century, hemoglobin values are accurately performed in laboratories with automated machines. The Hellige hemometer represents an early 20th century tool that provided an effective and useful technique for estimating the hemoglobin levels of patients. 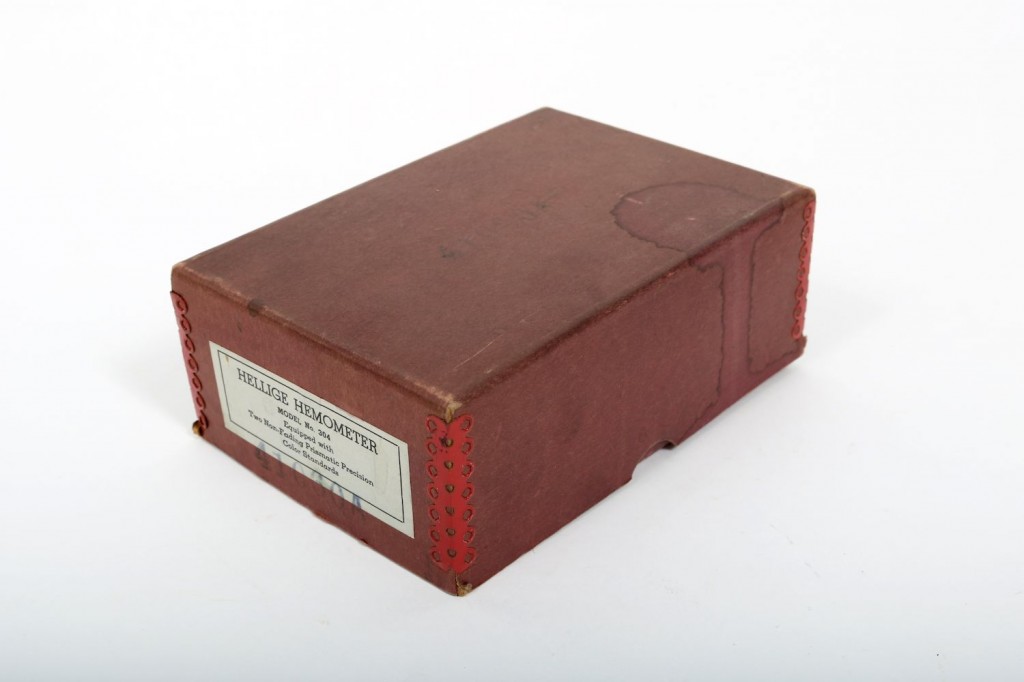 The maker of the Hellige hemometer was a corporation based in the U.S.A. entitled Hellige Inc. 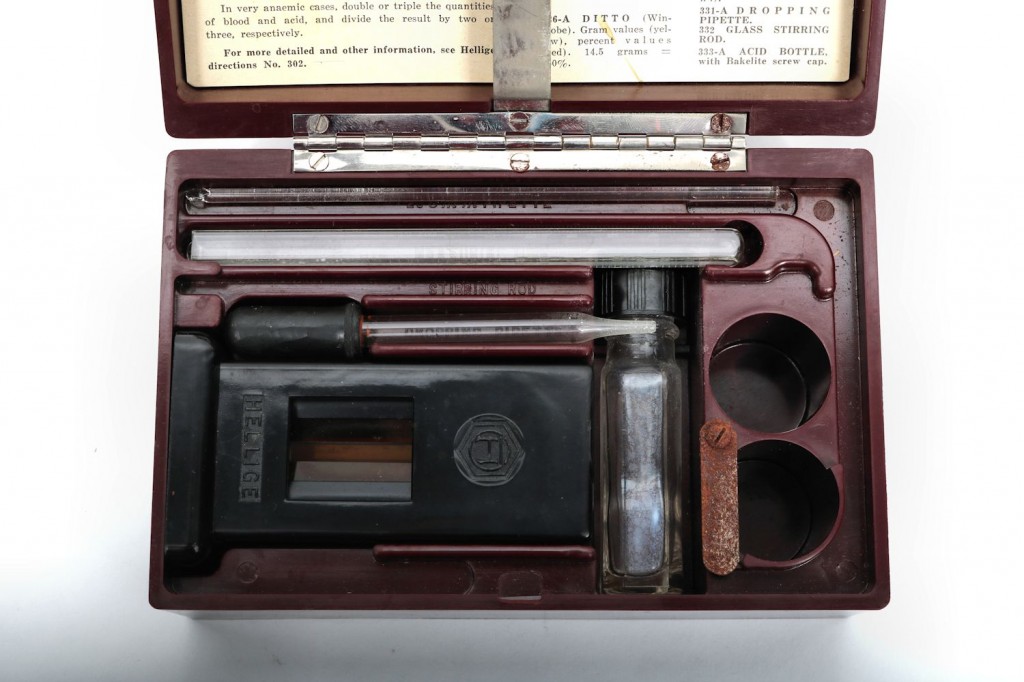 The box containing the Hellige hemometer is made of red plastic. The upper half of the box is made of paper and a metal divider separating the reading of the historical context of the box and the procedural writings of the box. The inside of the box including the designated fitted spaces for the apparatus is also made of red plastic. The apparatus used to measure the hemoglobin count are all made of rubber and glass. However, the comparator is also made of plastic. 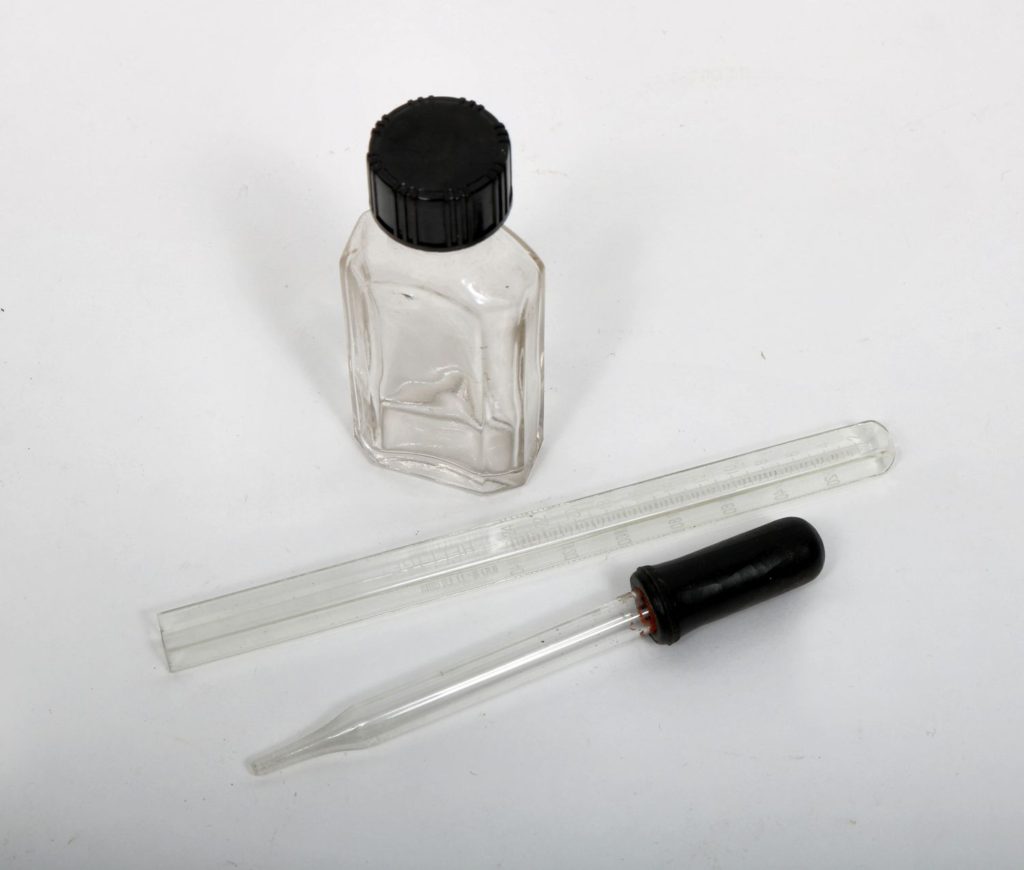 hemoglobinometer share many features including a comparator and a pipette used to extract and evaluate the contents of the blood. However, faulty visual color comparison limited the effectiveness of the Sahli’s hemoglobinometer. In comparison the Hellige hemometer was better equipped with a glass tube and bottle that enabled users to estimate haemoglobin values more easily and accurately than previous technologies. During the first world war, instruments such as the Hellige hemometer may have been used to measure the hemoglobin contents of soldiers prior to fighting to determine whether they were anemic to give an indication as to whether or not they were fit to fight. This technology had an important impact in 20th century medicine because it enabled practitioners to rapidly estimate hemoglobin levels at the bedside as opposed to taking multiple tests to determine the same measurement. 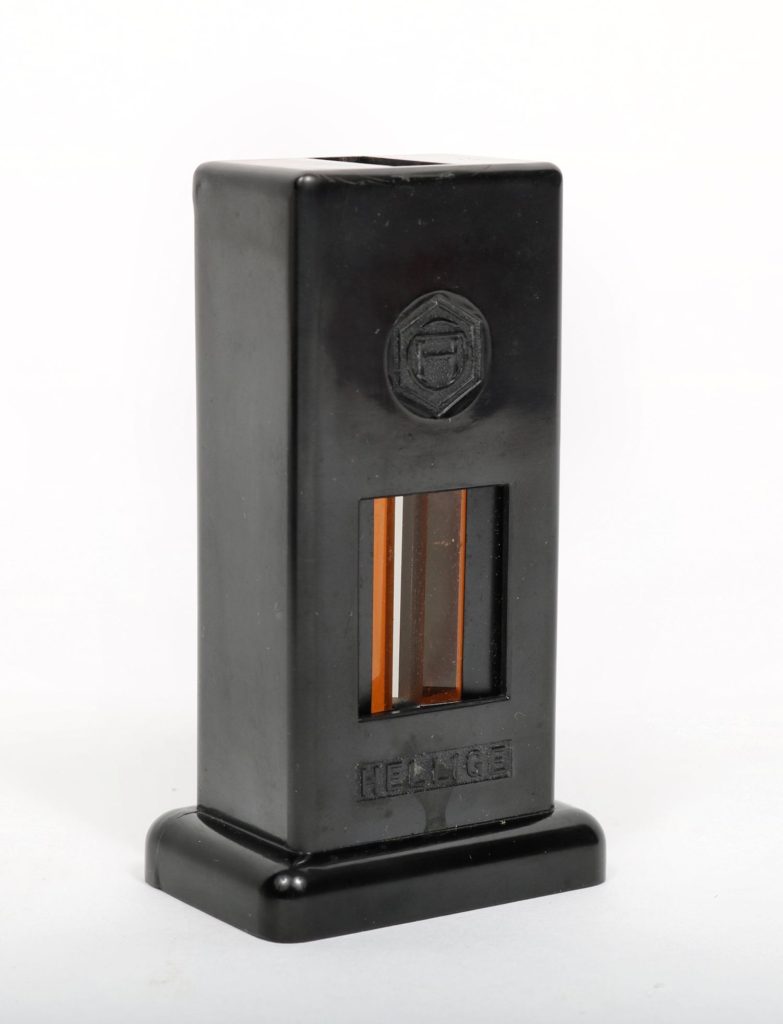 There was no given ownership history. The object was donated to the University of Toronto Scientific Instruments Collection.