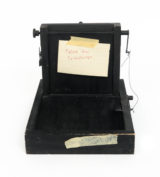 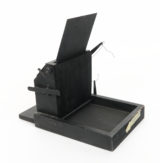 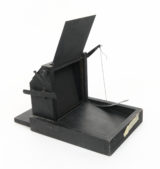 A paper label with the instrument’s name is taped to the outer falling door.