The Afterlife of a Scientific Instrument: The Chambers Micromanipulator, Part 2

Part 1 of this examination of the Chambers’ Micromanipulator, describes the technology and its various applications. This second part looks at the particular object belonging to the University of Toronto and its possible significance in the absence of detailed information about its history and context (‘provenance’ in museum jargon.) 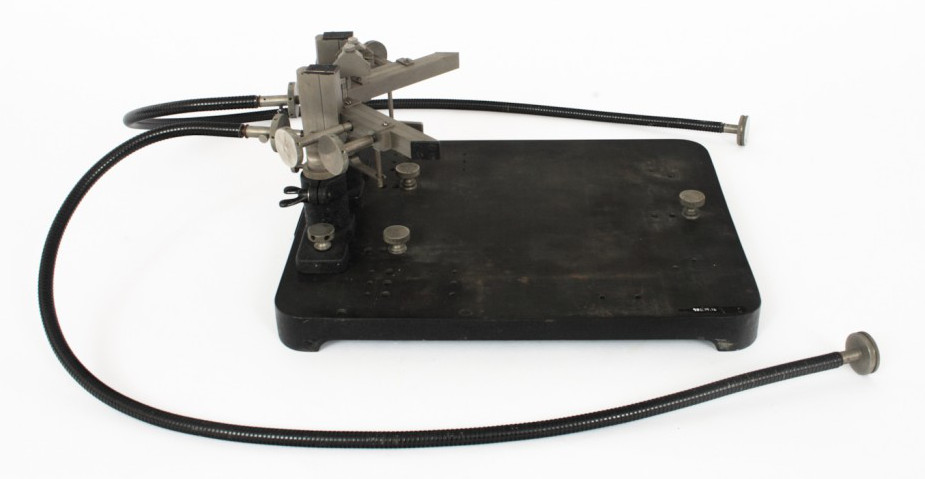 Fig 1: The U of T's Chambers' Micromanipulator

I noticed the U of T Chambers’ Micromanipulator around 2010 or 2011. Our instrument project had been granted a room by the Arts and Science Office of Infrastructure Planning and we were gradually transferring instruments from various storage rooms around the university onto ethafoam-lined shelves for storage and cataloguing. The micromanipulator belonged to a collection of instruments that had accumulated over several decades in the hallway and offices of the Institute for the History and Philosophy of Science and Technology (IHPST).

Because of its involvement in efforts to found a science museum at the University of Toronto, the IHPST had accepted donations from faculty members looking to save important obsolete material from disposal, as well as from community members seeking a home for historical objects. These instruments have been assigned to the ‘IHPST collection’ though only a small percentage have been catalogued as of February 2013.

Though no one remembers exactly when the micromanipulator arrived at the IHPST, its origin is reasonably clear. On February 28th, 1980, a Museum Studies student, hired as part of an inventory of historical scientific material,  located the micromanipulator in a first-floor room of the FitzGerald building which then housed Parasitology and Microbiology. This cataloguing effort had been launched in 1978 by the President’s Advisory Committee on Historic Resources.  The resulting card catalogue, now in the UTSIC archives, contains an entry describing the micromanipulator (See below.)  The fact that it was, at this point, considered ‘in danger of disappearing’ means that it could have been acquired by the IHPST soon after it was catalogued. 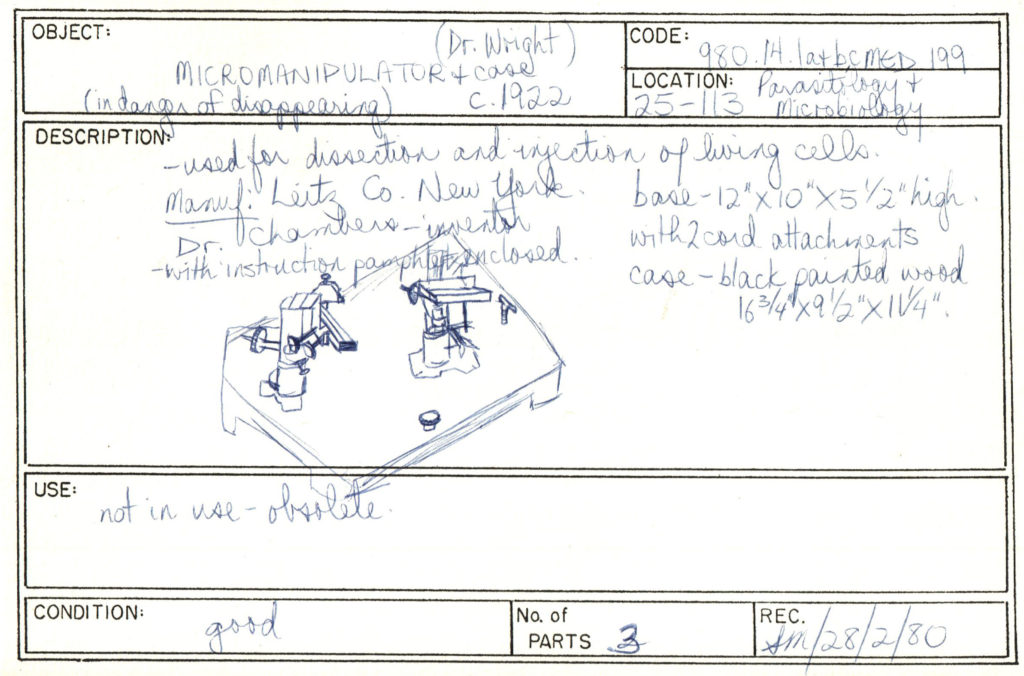 Fig 2: A card catalogue entry created in 1980 as part of a university-wide survey of historic instruments provides some clues about the micromanipulator’s provenance. I haven’t been able to discover who the cryptic ‘(Dr. Wright)’ at the top of the card refers to.

While the micromanipulator’s afterlife as a historical object is reasonably well documented, its earlier career as a scientific instrument is less clear. Like many (though not all) of the instruments in the UTSIC collection, the micromanipulator’s existence as a scientific tool has passed from living memory; those who used it are now dead. Its role in medical research at the University of Toronto must be reconstructed from published material and archival records.

Looking for Clues: The Chambers’ Micromanipulator at the University of Toronto

The instrument itself provides some evidence of its past. The presence of two micromanipulator pillars indicates that it was used for critical research, rather than the more mundane task of isolating bacteria in order to grow pure strains. The steel base retains wear marks in the outline of a syringe holder (shown in published illustrations), indicating the use of a microinjection apparatus, as well as several other minor components, all of which have been lost. 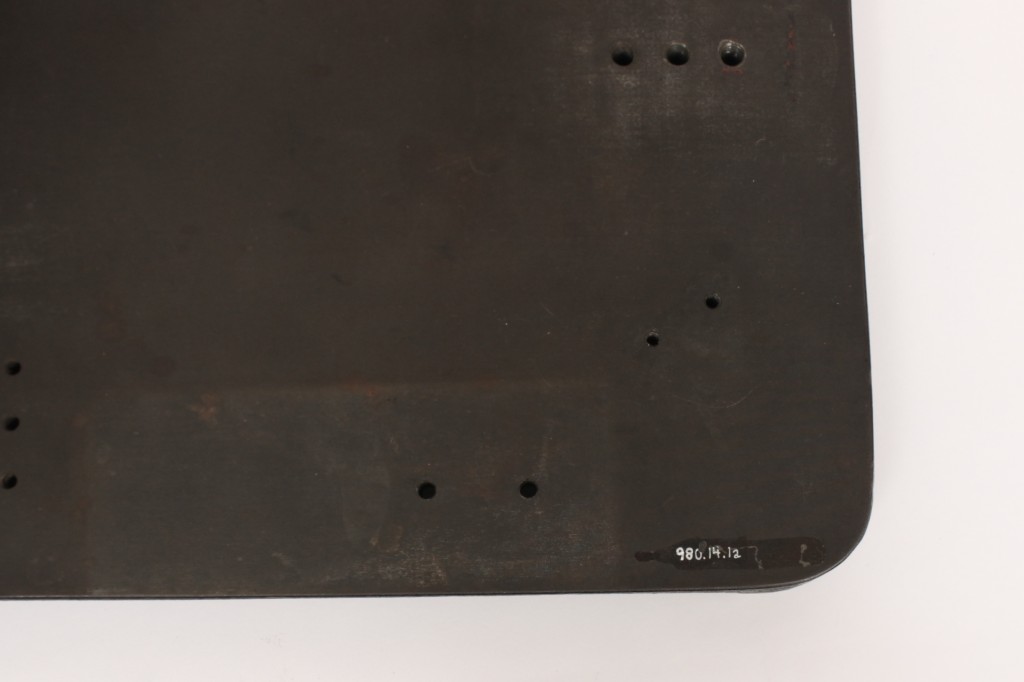 Fig 3: Subtle wear marks on the manipulator base reveal several components that are now missing. 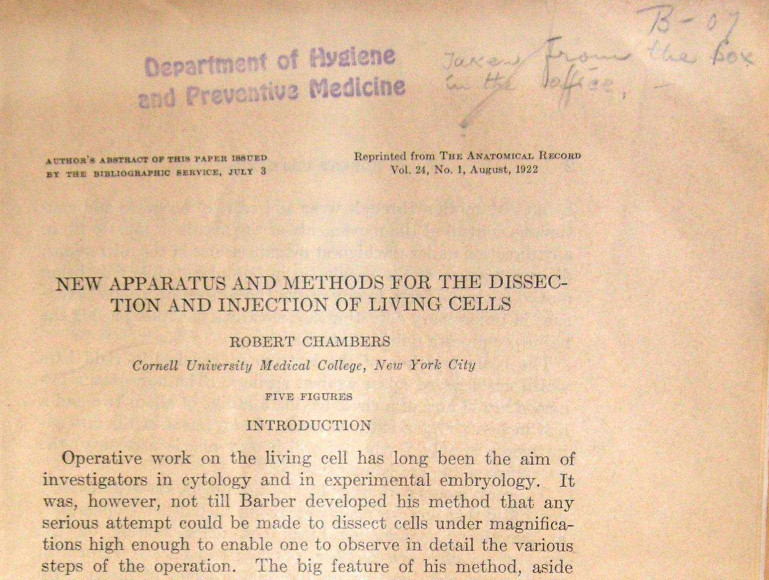 Fig 4: The offprint acquired with the manipulator.

None of the surviving information gives much indication as to when it was acquired, who used it, and for what specific research purpose. In such cases, the Annual Report of the Board of Governors available through the U of T Archives (UTARMS) often proves useful. These were reports to the Ontario Board of Education which provided the bulk of the University’s funding.  They listed expenses such as building upkeep, salaries, and departmental expenses such as equipment purchases. A number of instruments in our collection can be identified within these records. For some reason, however, the reports from the period between the years 1926/ 1927 and 1933/ 1934, lack any information on equipment purchases. This covers the likely range of dates over which the manipulator was acquired.

Ultimately, I was unable to move beyond the ‘needle in a haystack’ territory which (had I had the time ) would have involved examining every publication from the Department of Hygiene over the period in which the manipulator was likely in active use. Nor was I familiar enough with its possible uses to spot where its use might have been implicit in a particular experiment. Regardless, its likely provenance is interesting and meaningful even while lacking much detail.

What does it mean?

Seen as a museum object, the Chambers’ micromanipulator could be interpreted in any number of ways. One could use it to explore various disciplines, optical technology in science, or the philosophical dilemmas of observation and scientific realism beyond the unaided senses. One could use it to explore ‘making’ in science through tracing its origins as a shop-made instrument, or the simple glassworking skills required to operate it.

It can also represent an episode of local medical history. If, as is likely, it was purchased in the late 1920s or 1930s for the Department of Hygiene and Preventive Medicine, then it appeared at an important moment for public health in Toronto. In June of 1927, the University of Toronto School of Hygiene Building was opened. This is the building in which the micromanipulator was located in 1980, though it had since been renamed the FitzGerald Building after Dr. John Gerald FitzGerald, a major figure in the development of Canadian Public Health and the school’s first Director.

The construction of the School of Hygiene Building was made possible by a grant solicited by FitzGerald from the International Health Division of the Rockefeller Foundation. Founded in 1913 by the American petroleum magnate John D. Rockefeller, the foundation initially provided $400,000 for the new building and a further $250,000 to run its various sub-departments. The micromanipulator may have been purchased from these funds. [1. Bator and Rhodes (2006), p. 30-31]

The founding of the School of Hygiene  represents both the culmination of a unique collaboration between university research and government efforts at public health reform, as well as a vast expansion of institutional capabilities. This process gathered speed early in the century with the foundation of two major antitoxin laboratories in 1914 and 1917, which created an institutional base from which to launch public health campaigns using locally-produced medicine. By the 1920s, Toronto was considered a world centre of public health research and was unique in applying drug production to the public service mandate of its university. [2. Bator and Rhodes (2006), p. 29] In 1922, it gained considerable prestige from the Nobel Prize-winning discovery of insulin by a team of researchers at the University of Toronto.

The School of Hygiene consisted initially of the Departments of Hygiene and Preventive Medicine (the likely origin of the micromanipulator), Epidemiology and Biometrics, and Physiological Hygiene, though its institutional structure changed a great deal over time. [3. Bator and Rhodes (2006), 38] The building, which was frequently expanded over the following decades, included extensive facilities ranging from numerous laboratories, to factory production facilities for medicine, to classroom for public health instruction. 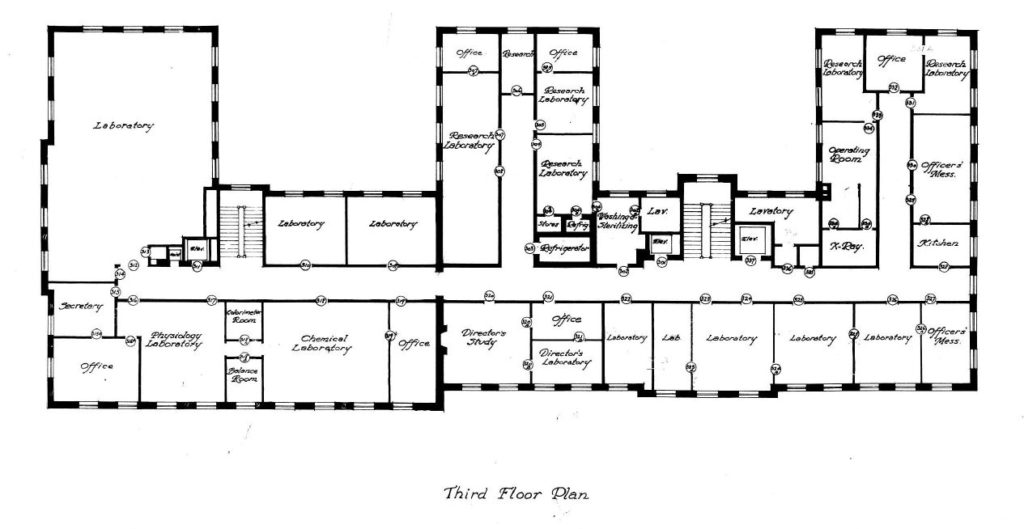 Fig 5: Architectural plan of the third floor of the School of Hygiene. The Officer's Mess is at the far right. 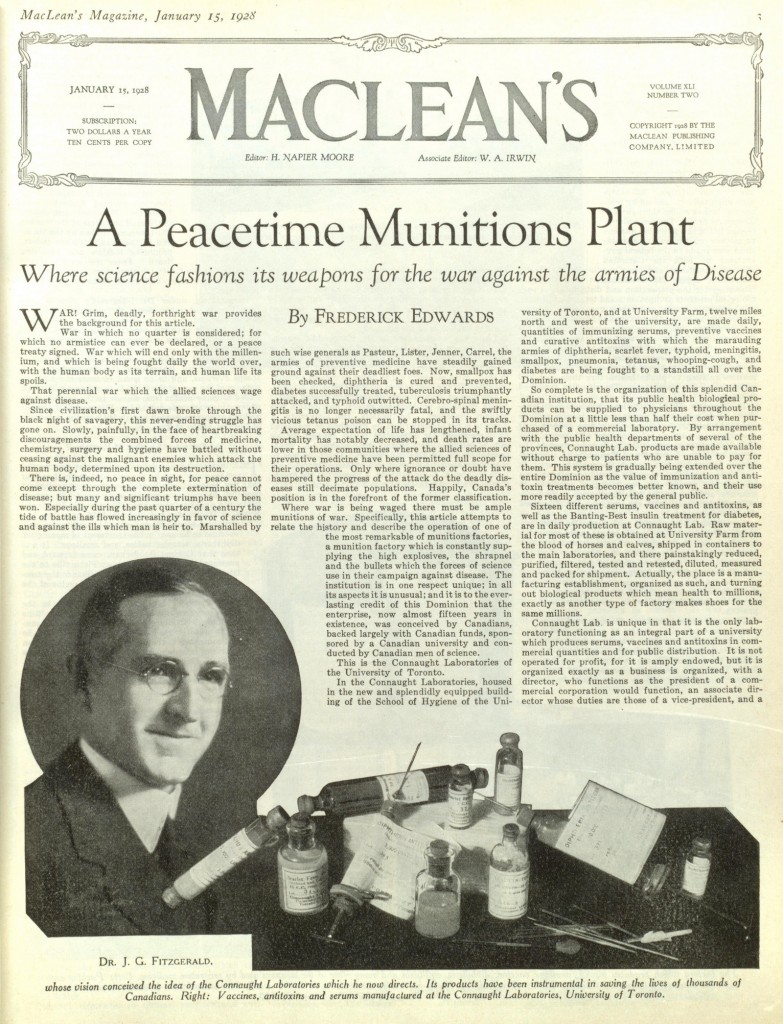 Fig 6: A magazine feature on the School of Hygiene from 1928.

Directed by a generation formed by the First World War, the atmosphere was regimented and martial. Physical exercise was encouraged in the gymnasium, swimming pool, and rooftop deck tennis courts. Senior scientists dined together in a special ‘officers’ mess’, rather than in the basement cafeteria. Recognizing,  perhaps, this military ethos, a journalist for Maclean’s  magazine  produced an article on the recently-built school entitled “A Peacetime Munitions Plant:  Where Science Fashions its Weapons of War Against the Armies of Disease.” [4. Bator and Rhodes (2006),p. 37, Edwards (1928), p. 7]

Assuming its likely provenance is correct, the micromanipulator is certainly among the very few, perhaps the only, surviving scientific instrument from the early years of the School of Hygiene.  Used as a means to draw a visitor’s attention, an object may serve as a kind of token or emblem evoking a broader historical narrative. In this case, it may recall a moment when an American oil tycoon’s fortune permitted Toronto built an university-based centre for public health research.

Students of material culture are encouraged to find stories about the material, technologies, and cultures of use, ‘embodied’ in a physical object. There is a certain tension between finding stories in objects and using them to evoke a particular historical episode or event. The balance that one finds between these competing goals depends, I suppose, on the possibilities of the object and the story that one wishes to tell. A clever temporary exhibit at the Canada Science and Technology Museum called ‘The Colour of Medicine’ recently featured a number of medical objects that had been made in that particular green colour which was common for many decades in 20th century hospitals. Using objects alone, it created a narrative out of this subtle feature of a institutional environment that many viewers would have experienced. Some exhibits deliberately minimize context and interpretation of objects, or distance it from the objects on display, in order to encourage viewers to confront the physical objects themselves.

On the other hand, some objects are kept primarily as emblems or mementos  A set of optical diagnosis lenses that belonged to the Toronto-born paleoanthropologist Davidson Black (1884-1934), and a Geiger counter that was taken from the U of T’s Slowpoke nuclear reactor after it was shut down in 1998, are examples from the UTSIC collection.   This is also true of numerous objects related to the discovery of insulin in 1922—the most celebrated event in the history of Toronto medicine. All such objects tend to be assigned a special value—the IHPST has an old laboratory cabinet from the Banting Institute sitting in its hallway, for instance.  Material from (or representing) the original  laboratory is featured in permanent exhibits at both the Ontario Science Centre and the MARS Discovery District. The MARS exhibit called ‘Insulin: Toronto’s Gift to the World‘ includes an aluminum ring crafted from the plane crash in which Frederic Banting died in 1941—a holy relic from the recent past.

In my reading, the micromanipulator falls somewhere between these two poles; it is meaningful both as an object—an interesting obsolete technology—and as a material survivor of an important historical moment in local history. Balancing these themes in a hypothetical exhibit would be a challenge, particularly since details of its presumed use at the School of Hygiene, which might be used to situate the technology within a particular institutional context, remain elusive.  It would be a worthwhile project.

The third and final section of this examination will discuss an effort to reproduce several missing parts in order to show how the instrument looked when it was used at the U of T.

Thank you to Felicity Pope for her help in tracking down the micromanipulator’s provenance.

Note: A detailed bibliography relating to the instrument itself is available at the end of the previous post.

The Bulletin of the Academy of Medicine was published from October 1927 to Feb 1990. It is available at the U of T’s Gerstein Library and is a wonderful source for local medical history and advertisements.

Bator, P and Rhodes A. (2006) Within Reach of Everyone: A History of the University of Toronto School of Hygiene and the Connaught Laboratories. Vol 1, 1926 to 1955. Canadian Public Health Association.